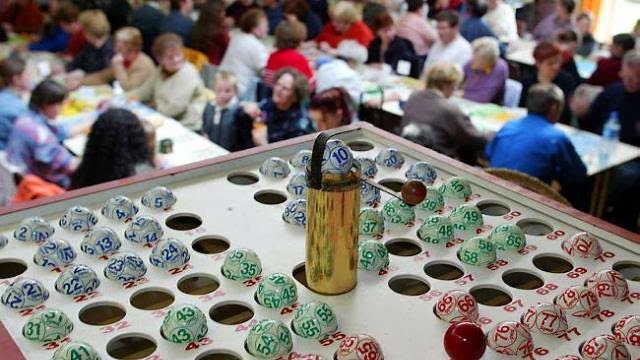 Bingo, house, lotto, carte en pleine, mad waving and jumping up and down! Who's listening..........  We've won...................... Making yourself heard over a throng of locals in the village hall which is just a five minute stroll from our humble abode here at Le Farat on a Friday evening is not as easy as it sounds, and woe betide me if I get it wrong and call out if I have made a mistake with my translation of numbers from English into French!  (I still have a bit of a problem with the 70's and 90's but generally not too bad and actually bingo helps!)

This year we have been active at the local Lotto evenings to help with fund raising for local groups and associations.

Our first outing this year was to the primary school lotto evening at the end of November. Proceedings start late here, and as it was for the school, all kids were invited. To sit down for the first call at 9pm is not unusual and to find you are still there at 1am with kids falling asleep on the floor seems to be the rule rather than the exception!

There were hundreds of donations from local businesses and all packaged beautifully.  The school governors presided over the event, with the bingo calling at a reasonable pace on the stage and there were occasional issues with a squealing microphone, so concentration was a must if we were to stand a chance of a prize.

After a few "kigne" and "carte en plein" a break was hailed and a mad dash to the canteen window in the Salle des Fetes for pancakes, cakes and drinks ensued.  Suitably refreshed we continued.  After two games we won! First it was our daughter who was sitting with a friend, she won local fruit juice, an entrance to a local museum, a discount of a takeaway pizza and 6 glasses.  Then it was my husbands turn for a win, however, he was not concentrating and half asleep, so therefore missed calling at the right time and lost out! Then just as the penultimate game was drawing to a close, I won too!  Yippee!  Added to our haul was a t shirt, cap, more fruit juice, discount off a new tyre and discount at a local restaurant.  We were more than happy!

On a roll, we turned up the following week at the local "Chasse" fundraising lotto.  Unsurprisingly, the prizes were mostly meat based!  The same order of proceedings ensued and after 10 games I was resigning myself that our winning streak was over.  However, our daughter, who had abandoned us for the second time in two weeks at a social event to sit with friends came up trumps and presented me with a prize of half a venison and a shoulder of sanglier (wild boar)! 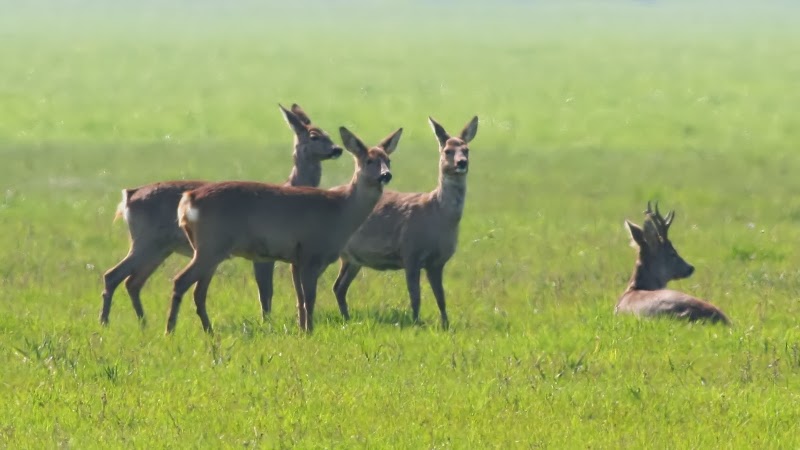 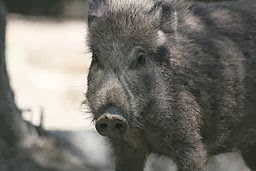 Although I was over the moon to have won something, I was a little perturbed to say the least, that I was going to have to skin and butcher the meat and was secretly hoping that if I had won anything at all it would be sausages!  On joining the queue to collect our prize I was relieved to see that all was pre-butchered and frozen and being handed out from two enormous shopping trolleys ready to take home. 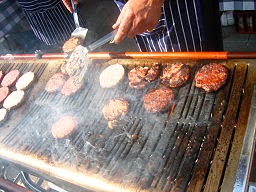 I do not feel I can be cheeky and ask the hunt, as last time I saw them I had to rather forcefully ask them to kindly remove their many dogs from the front lawn as they were using it as a loo!